Going through a box of old photographs, I came across a set of sketches and drawings from my student days. In 1991, along with a small group of architecture students, I was offered the opportunity to survey and draw a collection of Ottoman buildings in the Old City of Jerusalem, for the publication ‘Ottoman Jerusalem: The Living City 1517 – 1917’, edited by Professor Robert Hillenbrand. It was a major international project at the time, collating works by a team of 33 scholars, and believed to be the most detailed survey ever published of a Middle Eastern City. 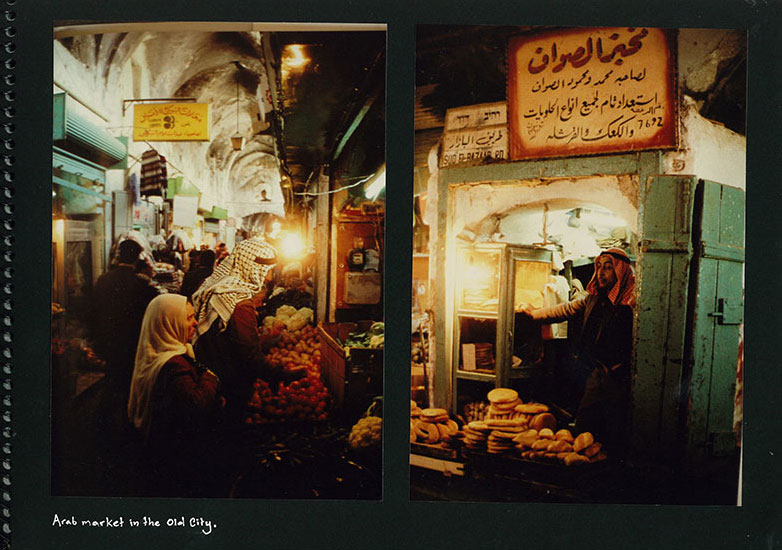 The present walls of the Old City were constructed by Ottoman Sultan Suleiman the Magnificent (!) between 1520 – 1566, and enclose a square kilometre of winding alleyways, bazaars and a mosaic of architecture, history and humanity.

The book included a detailed architectural survey of every significant Ottoman feature in the entire city, from tiny pieces of decorative tilework to entire systems of fortification. Thus, we spent the summer surveying courtyard houses, ornate doorways, monumental fountains and even an ancient olive oil press (replete with hidden rat traps to make the process of surveying just that little bit edgier!).

Most of our work was spent in the city’s Muslim Quarter, extending from Lion’s Gate in the east, along the northern wall of the Temple Mount in the south, to Damascus gate in the Western Wall.

The majority families here lived in courtyard houses, typical of urban areas during the Ottoman Empire. They consisted of several rooms around a common courtyard open to the sky. Typically, a single entrance accessed the courtyard through the enclosing wall at street level. Generations of the same family lived in two or three rooms each, the courtyard being shared for domestic tasks such as preparation of food, washing clothes and other occupational tasks.

These courtyard houses are naturally climate controlled, their rooms directed away from the summer sun, with ample shade and natural ventilation. They were traditionally built from stone and lime-based mortars, typically detailed with thick walls, cross vaults and domes. Owing to the very thick walls, required to support the weight of the roof and the thrust of the vaults, these homes remain cooler in summer and warmer in winter. Fountains, particularly in richer homes, were a decorative addition to the courtyard but also an efficient cooling system in the summer.

At street level, rambling walls and blind facades, symbols of intimacy and privacy, are punctuated by doorways that lead to a world of architecture unseen from the streets. Amongst the compact clusters of residential buildings, the courtyard represents the private spaces of a house, its domestic haram, and it is the basic spatial unit in the traditional Islamic city. We felt very privileged to have had this glimpse of domestic daily life.

Finding these sketch books and photographs brought back happy memories of mint tea shared with delightful Palestinian families (and a much fuller head of hair!).